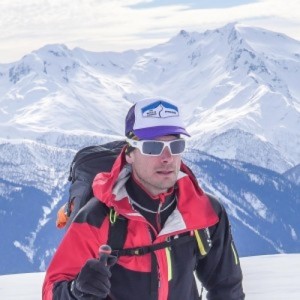 Jany is our CEO. He is also a coach for:

Jan is a skiing and rock-climbing guide hailing from the Czech Republic, and a founding member of both Snowbusters and Rockbusters. Jan spends the winters skiing in Austria, constantly searching for the most physically demanding on and off-piste lines. In the summer, you’ll find him on the rock face. For years he’s dedicated his life to these two pursuits, and it shows in the high levels of skill he’s attained at both.

Apart from his native language, Czech, he also speaks English and Spanish. He’s been teaching skiing since 2000, with his first experiences as an instructor in Harrachov with JPK. After that, he moved to Spain, where he was working all four seasons in the Sierra Nevada with the British Ski Centre and Rio Sport. Over the last few winters, he’s been organizing his own trips and courses, cooperating with the Frost ski school in Kaprun.

Jan says: ‘I grew up close to some little mountains in the Czech Republic and have been skiing my whole life, more or less since I was a baby. First I joined a small ski team in my hometown, later moving on to ski all around the Alps. At the age of 18, I tasted Colorado powder for the first time returned for a whole season to Vail and Beaver Creek. Now I hope to enjoy more skiing experiences with you.’